Immigration New Zealand officials are being investigated for granting visas and residency to family and friends, a Herald investigation has found.

The agency confirmed that four have been dismissed and two had resigned while under investigation for conflicts of interest.

INZ received 208 allegations of staff fraud and corruption over the past five years, of which 48 were substantiated. Ten investigations are underway.

The Herald understands some visa officers had issued visas to family members and friends, including one senior official who had allegedly instructed staff to approve a residence visa for her partner.

“A total of 43 investigations have been completed with seven cases substantiated, the remaining 10 allegations are still being investigated,” Elms said.

“Five of the seven substantiated cases had the conflict of interest elements to them involving personal associations with clients, family, and extended family members.”

Elms said the allegations ranged from “comparatively minor breaches to very serious ones”.

Of the substantiated allegations, four staff faced dismissals and others were issued warnings.

INZ staff must declare any conflicts of interest, including perceived or potential ones, upon joining and record those which arise during their employment in a Conflict of Interest Register.

“Failure to disclose or appropriately manage a conflict of interest could amount to serious misconduct and may result in disciplinary action up to and including dismissal,” Elms added.

He said the agency took all allegations of conflicts of interest extremely seriously.

“Behaviour that undermines the integrity of the immigration system and reputation of the organization will not be tolerated,” Elms said.

“While substantiated cases of conflicts of interest are extremely rare, it is nonetheless very disappointing.”

A former staff member, who spoke to the Herald on the condition of anonymity, said one of the cases involved a “relatively high-ranking officer” who allegedly instructed staff to grant a residence visa for a partner.

“[A visa officer] was told to keep quiet and just issue the residence visa label into her passport on the spot,” the ex-staffer said.

“This person will be eligible for citizenship at some stage and this is just plain wrong.”

The officer had also allegedly helped the partner obtain one or two work visas while an investigation into conflicts of interest were ongoing.

“Staff were told this was to allow for the processing of the residence application.”

The ex-staffer said the agency had requested the names of all those who were aware of the case “in case of a leak”.

When asked for comments on the case, an agency spokesman said: “INZ does not comment on individual employment matters so is unable to confirm any details on the case.”

The agency said the issue of adhering to its conflict of interest policy and code of conduct is formally raised with staff at least twice a year during performance reviews.

This site uses Akismet to reduce spam. Learn how your comment data is processed. 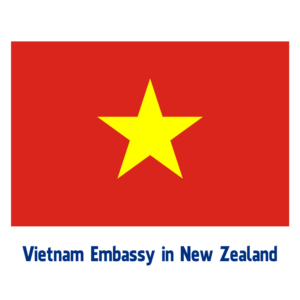 Copyright © 2020 Embassy of Vietnam in NewZealand
Design by ThemesDNA.com